The Grand Hotel is filled with beautiful music: 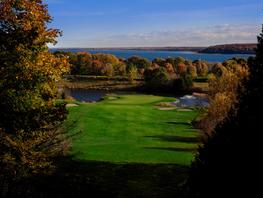 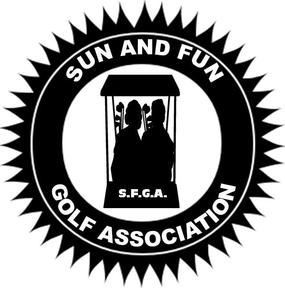 The Grand Hotel on Mackinac Island, opened in 1887, welcomes guests to a bygone era of old-world hospitality and charm. Family owned for three generations, this National Historic Landmark is one of the finest summer resort hotels in the world which has been named by Coastal Living as the Top 10 Best Summer Resort and is featured in Trip Advisor's Hall of Fame. This hotel has been called a "Bucket List" resort destination and participating in our SFGA event will give the opportunity cross it off your Bucket List!

Mackinac Island offers guests a relaxing ambiance where bicycles and horse-drawn carriages are the preferred modes of transportation. Step back to an era of dining to chamber music, Afternoon Tea in the Parlor, croquet on an endless lawn, and dancing the evening away. Enjoy a long list of modern amenities, 18 holes of golf, shopping, Astor's Salon and Spa, or sitting in a rocking chair on the world’s longest porch enjoying the views of the Straits of Mackinac and the Mackinac Bridge. All 386 guestrooms are uniquely decorated by New York Interior Designer, Carleton Varney of Dorothy Draper and Company and participants will be guaranteed category II which is an upgrade over the smaller category I rooms.

In 1980, the hotel served as the location for the filming of Somewhere in Time, starring Christopher Reeve, Jane Seymour, and Christopher Plummer. Beyond the hotel grounds, the island offers numerous diversions, including Fort Mackinac and other historic sites, horse-drawn carriage tours, bike riding, downtown shops and, of course, the world-famous Mackinac Island fudge.

The easiest way to get to Mackinac Island and The Grand Hotel is by ferry. Ferries to Mackinac Island can be accessed by driving to Mackinaw City (on Michigan’s lower peninsula).  Passage to Mackinac Island is provided by several ferry boat lines. Registered guests of Grand Hotel receive a discount by using Shepler’s Ferry and can purchase tickets directly online for about $25. All ferry boat lines provide service from May to November. The boats operate from early morning until early evening, with frequent crossings throughout the day. Luggage transfer is simple and convenient, with assistance provided on both the mainland and on Mackinac Island. AS cars are not allowed on Mackinac Island, ample parking is available at all mainland ferry docks. All ferry lines offer complimentary outdoor parking. Indoor and valet parking is available for nominal charges. It’s a short walk from the ferry docks to Grand Hotel. Horse-drawn taxi service is also available for a nominal fee. Taxis greet all ferry boats arriving at Mackinac Island.   We do hope you'll join us on this unique SFGA Golf Adventure.

At 660 feet, Grand Hotel’s Front Porch is the world’s largest, and is visible as you approach the island from the Straits of Mackinac.

No motorized vehicles are allowed on Michigan’s Mackinac Island. All transportation is provided by horse and carriage or bicycle.

While more than one million people visit Mackinac Island each year, the island has only 600 year-round residents.

It takes 500,000 gallons of water to fill Grand Hotel’s swimming pool, which was named for actress Esther Williams who starred in the 1947 movie This Time for Keeps, shot at Grand Hotel.

The 1980 film Somewhere in Time, starring Christopher Reeve, Jane Seymour and Christopher Plummer, was filmed on location at Grand Hotel. The movie now has a huge following, with a fan club that meets at Grand Hotel each October.

More than 125,000 bedding plants (annuals) are used to create the many gardens on Grand Hotel grounds.

The Grand’s famous Front Porch flowers include 2,500 geraniums-the hotel’s trademark flower-in 260 planting boxes with seven tons of potting soil. More than 5,200 geraniums can be seen in all its flower beds combined.

Mackinac Island is accessible only by ferry boat or plane.

There are more than 500 horses on Mackinac Island.

More than 130,000 overnight guests stay at Grand Hotel each season.

Grand Hotel’s kitchen staff of more than 100 prepares and serves as many as 4,000 meals per day.

More than 50,000 Grand Pecan Balls, the Hotel’s most popular dessert, are served each season. 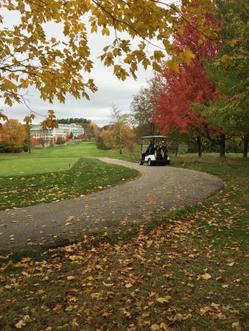 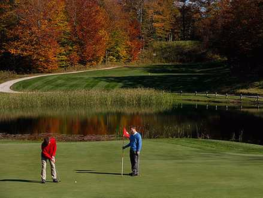 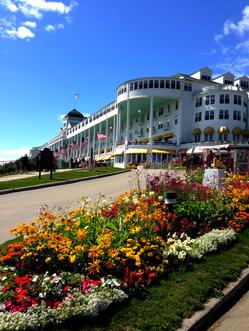 Grand Hotel, a variety of exceptional live music is available for the listening and dancing pleasure of our guests. The full-time staff of musicians includes skilled veterans from New York City, and some of the finest vocalists and harpists in the country. An evening at Grand Hotel can begin with the sounds of a jazz quartet while you enjoy your dinner in the hotel’s Main Dining Room. After dinner, a harpist will perform classical standards and popular songs in the Parlor during Demitasse. And for a nightcap, move to the Terrace Room for a dance or two as the Grand Hotel Orchestra plays your favorite requests.   Grand Hotel music schedule:

9:30am- Tee times begin on the Jewel Golf Course 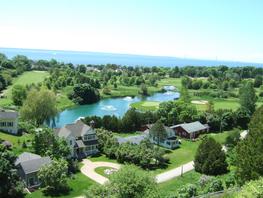 Check-in and check-out
Check-in time is 4:00 p.m. and check-out time is 11:00 a.m. Every effort will be made to accommodate early arrivals and late check-outs. Please notify Grand Hotel if you have any special requests.

Dress policy
Grand Hotel is a resort and we certainly want you to feel at ease and dress comfortably during the day in casual resort attire, please no halter tops, tank tops, or cut-off shorts.  Evening wear is required in all areas of the hotel after 6:30 p.m. except the Cupola Bar.  Evening wear for ladies includes dresses, skirt and blouse, or pantsuit; and for gentlemen a suit or sport coat, necktie and dress slacks; no denim in the evening please.

Luggage
If you arrive by ferry, luggage transfer is simple and convenient. After checking in your luggage with the ferry service on the mainland, your luggage will be tagged and delivered directly to your hotel room. Upon check-in, present your luggage tags at the front desk. Please note that your luggage may take up to two hours to get to the hotel from the dock. If you are arriving close to 6:00 p.m. you may want to bring your evening wear with you to the hotel. For your return trip back to the mainland, follow the in-room instructions. Your luggage will be tagged and transferred from your room to a secure location on the appropriate mainland dock. We request at least a two-hour window for the transfer.

Make it a full week

Please do join us for what promises to be a very upscale event. In fact you can make a full week in Michigan if you register for both parts of our Michigan Golf Adventure. From September 9-13, 2017 we will visit the Garland Lodge & Golf Resort and then continue north to the Grand Hotel September 13-16, 2017. This will be a trip to remember and space is limited so we suggest you register early! 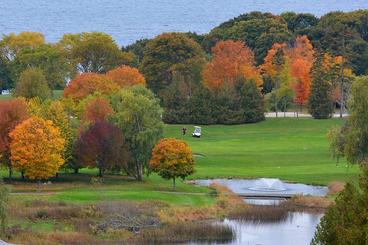 The Jewel Golf Course is one of the most unique courses in the United States. Enjoy unparalleled scenic beauty, lush landscaping and meticulously manicured tees, fairways and greens. The Grand nine is located across the street from the hotel, with views of Lake Huron and Round Island. The Woods nine is set in the interior of Mackinac Island, with views of the Mackinac Bridge and the Upper Peninsula.  After completing the Grand nine, you and your clubs will be transported via horse-drawn carriage a mile and a half to the Woods nine. The leisurely 15-minute ride includes parts of the island unseen by many visitors.  The Grand nine was built in 1901 and redesigned in 1987 by golf course architect Jerry Matthews. He also designed the Woods nine, added in 1994. 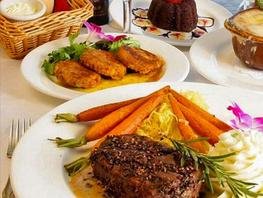 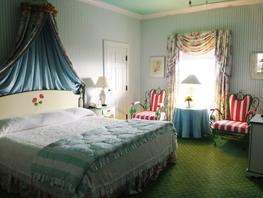 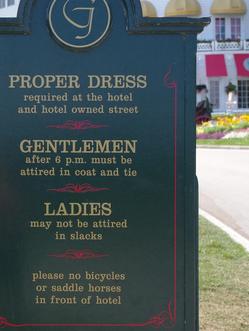 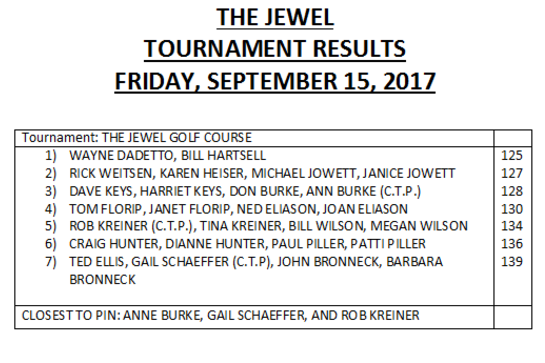 At Grand Hotel, no two of the 385 guest rooms are alike.  Each guest room has been tastefully decorated by New York designer Carleton Varney in its own special character and style, complete with numerous amenities including individually controlled AC, mini bar, in-room safe, cable TV, iron and coffee maker. Free Wi-Fi is available throughout the hotel and resort grounds. Guest room amenities include complementary geranium-scented shampoo, conditioner, lotion, and hand and body soap. The flower, which thrives in Mackinac’s temperate climate, has been gracing Grand Hotel’s front porch since the 1920’s. Decorator Carleton Varney has incorporated the geranium into the hotel’s furnishings, most notably in the Main Parlor’s carpeting. 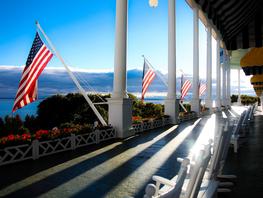 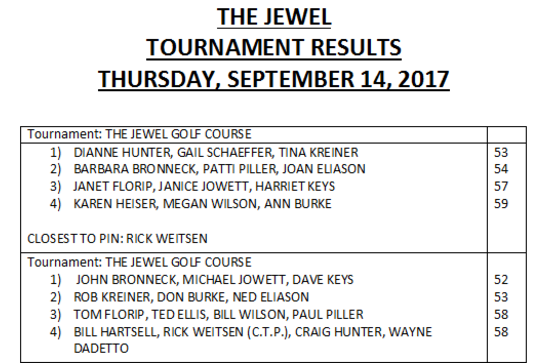 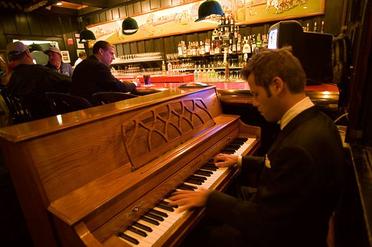 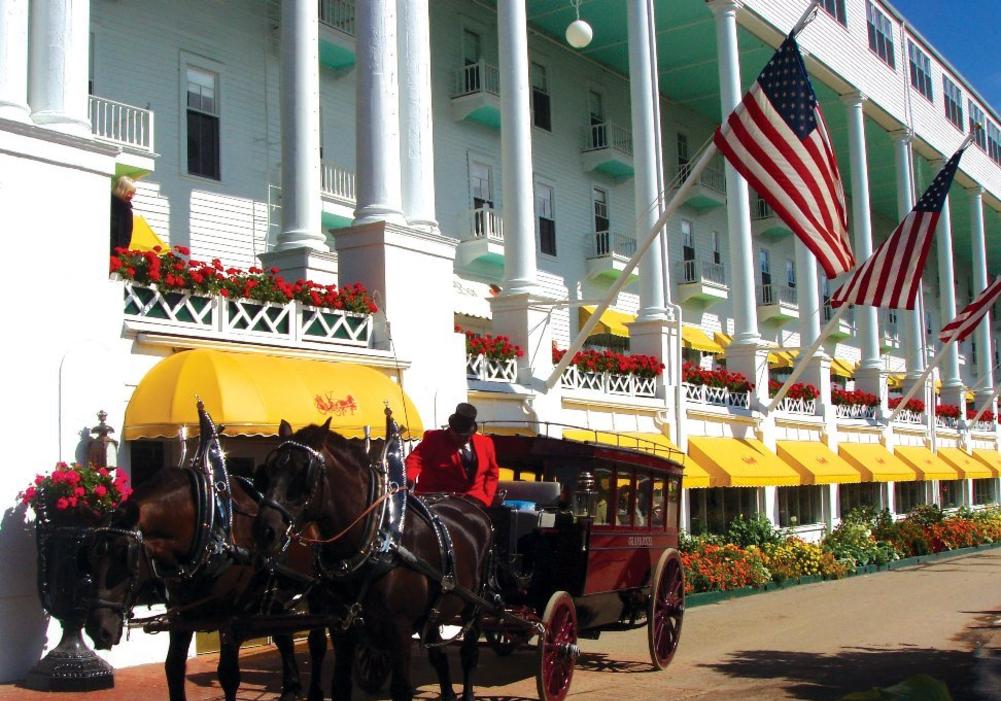